My Story
The first 14 years: 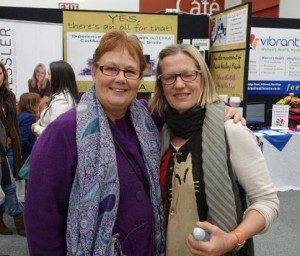 The first time I made contact with Epilepsy Waikato Charitable Trust (EWCT) was earlier this year (2015) when I met Maria Lowe at the Claudelands Event Centre, where she had a stand alongside other community health providers. Meeting Maria, and finding out about EWCT, has been life-changing for me. Maria asked me if I would like to write about some of my experiences with epilepsy. I was only too happy to do this. It was something I had always been meaning to do but never got around to.

I was diagnosed with having epilepsy in 1975 at the age of 21. At the time, I was flatting in Auckland and working as a senior student nurse at Greenlane Hospital. My fiancé, John, had recently finished his studies at Auckland Teacher Training College and was preparing to move to Rotorua to take up a position at Rotorua Boys High School. The plan was for me to sit State Finals at GLH, and then move to Rotorua. Before the move however, I had the first of a series of tonic-clonic seizures. There were no apparent aggravating factors. I had not been unwell beforehand, and really, it was an exciting time in my life. Naturally I was devastated that this had happened, and so suddenly. I had absolutely no recollection of the ambulance and the initial admission procedures. Regaining consciousness in a hospital ward was a very strange experience, it felt unreal.

Dr Mercer was the admitting medical consultant. I remember him well after all these years, mainly because he was reassuring and took the time to explain what was going on in a way that was easy to take in. The usual diagnostic tests did not reveal any obvious cause for the seizures. This is often the case unfortunately. It was reassuring however, to be told there was no evidence of a brain tumour. I was commenced on Phenobarbitone and sometime later this was changed to Dilantin. Sorting out the right medication can take some time.

As a result of developing epilepsy, my plans changed. I decided to move to Rotorua with John, and sit State Finals there instead of Greenlane. I did not immediately sit the exams though. I wanted to have a break. I took up a job as a pool attendant at the Polynesian Pools and stayed there for some months until I felt ready to return to nursing. It was fun working there, and I have some unforgettable memories, which I’ve dined out on more than once…or twice. When I left the job, I joined up with the next available intake at the Rotorua Nursing School to sit my finals, and soon after this I took up a post as a staff nurse on a general medical ward. Christine Hatchard was the charge nurse. I learnt a lot under her guidance and before too long I was taking charge on afternoon and night shifts. I had another tonic-clonic seizure during this time (at home) after which there was the same old feeling of confusion, followed by a sense of disappointment at the set-back. John and I parted ways during our time in Rotorua. It was very sad, but we moved on.

After my time in Rotorua, I made a move to Hamilton where I could be closer to my family before I left for my big ‘OE’. I had been planning this for some time. I applied for, and was accepted, to work in ITU at Waikato Hospital. It was a great career move. Diana Mallet was the charge nurse and Jack Havill was the ITU consultant. I was very privileged to work alongside both of them and the rest of the team. The atmosphere was relatively calm considering the life-threatening nature of the patients’ conditions. This was directly attributed to Diana and Dr Havill. They were always calm, and also very caring and compassionate, especially when they communicated with families. I found a flat with friends from work. The social life was great. ITU staff share a close bond, probably because they work closely together as a team. I continued to have the occasional epileptic ‘turn’, but they took the form of brief ‘aura’ experiences. I did not experience any confusion at these times, just a fleeting feeling of anxiety.

I made my way alone to the UK in the autumn of 1981. It felt very surreal, leaving on the big ‘jumbo’ plane, especially stopping off in Tokyo for a couple of days. It was of course springtime there and the pink cherry blossoms were in flower. I felt a bit like ‘Alice’ finding myself in a completely different world all together. I had made arrangements to stay with John and Judy, my brother and sister-in-law in London. After a whirl around Europe in their ‘V Dub’ van, (which we affectionately named Stan), I found work as an agency nurse. It was very exciting working in some of London’s most famous hospitals. Flights were very affordable and I travelled to some beautiful places. I loved living in London and looking back it seems unusual that I had no significant epileptic symptoms during that time.

When I returned back home to Hamilton, I felt at a loss as to what to do with my life, not surprising as I’d been away for over two and a half years. I talked to staff at the university about enrolling in papers. I had a leaning towards social sciences and enrolled in full-time study in that area. To top up the bursary, I got a job as a museum attendant at the Waikato Art Museum. In those days it was housed in a small building in London St, and Campbell Smith was the director, sadly Campbell recently passed away. It was great to land such an interesting job, especially as I got to see all the latest exhibitions. I flatted with Kate who worked at the Art Museum, and Jenny who was also, like me, a ‘mature’ student’, (if you were over 27 I think it was, you were deemed ‘mature’). She worked at the Hillcrest Tavern, an iconic student pub at the time. University was something quite different from anything I had experienced before. I found I used to get quite swamped with some of the readings. I struggled at times, concentration being a problem. I was experiencing intermittent petit mal (Absence seizures). Despite this, I did quite well and when I finished the bachelors’ degree I was invited to continue with my studies and do a masters’ degree. I did just a couple of papers. There was too much going on in my life. I had by this time, moved out of my flat and was living with Julian, who was to become the father of my only child.

My pregnancy was not plain sailing. At around 5 weeks, I became very ill with a kidney infection. It was about another three weeks after that, that we found out I was pregnant. Julian and I had some concerns about my anti-convulsant medication, (Tegretol), and how this could affect the baby. We felt reassured when our GP’s locum doctor said it would be OK to come off all medications, because it had been a long time since I had experienced a major seizure, and I was only on a very small dosage of Tegretol. Unfortunately, this was decision was to have disastrous consequences. At the 21 week stage of my pregnancy, I was working in ward 58, a gerontology ward. I remember quite clearly the morning of the night that I was admitted to WPH with status epileptus. I had arrived at work, and the patients’ breakfasts had been given out. I remember trying to locate the office for some reason or other, and having great difficulty. I managed to convey to the charge nurse that I was unwell. Julian was contacted. We both put the episode down to stress. Everything was happening very fast. I was in a new relationship and I had suddenly become a ‘stepmother’, (for want of a better word), to two children. So Julian went back to work and I stayed home and rested. When he arrived back, I was still unwell, but nothing specific. It didn’t occur to us that anything was seriously wrong. I went to bed at about 10.30pm. I remember saying goodnight to Julian. He was working on a computer problem and said he’d be finished soon. When he had finished his work, and walked into the bedroom, he was shocked to find me having a tonic-clonic seizure. The fitting continued (intermittently) in the ambulance and didn’t stop when I was admitted to a medical ward and later to ITU.

When I regained full consciousness, (two weeks later!!), I very gradually became aware of my surroundings. My mother and my sister, Mary, were sitting beside my bed. I recall Mary remarking on how thin I was. (I had lost about 6kgs in weight). My right arm was very inflamed and extremely painful, and I had a TED stocking on my right leg where I had previously had a lure in place for intra-venous fluids. It took some time to figure out where I was. I was disbelieving when I realised I was in hospital. I had no idea what had happened.

It was explained to me later that while treating the epilepsy, my serum calcium level was dangerously low and I had to have an intra-venous infusion to remedy this. This was why my arm was so painful. (Calcium is often extremely painful when given intravenously and has to be administered with due care). The cause of the low calcium was later found to be a direct result of an auto-immune disorder. I was now under the care of an endocrinologist, as well as a neurologist. I was discharged the day after I regained full consciousness. It took some months to recover. My short-term memory had been affected, and my speech was hesitant, most notably I had trouble ‘finding the right word’. Even my hand-writing was affected. I had forgotten how to sign my name! I discovered this when I went to sign a cheque in front of a bank teller which was rather traumatising.

Thankfully, the remainder of my pregnancy passed by without incident and I gave birth to my beautiful and healthy daughter, Samantha, without obstetric intervention and on my due date. But those ‘two lost weeks’ have haunted me over the years, mainly because there are so many unanswered questions, such as:

Why was I in hospital in a semi-conscious state for so long??
Why was I, and my family, not notified about my having a fall while trying to ‘climb out of bed’ in a heavily sedated, not to mention, pregnant, state?
Why have my nursing notes gone missing and my medical notes seemingly altered?