Epilepsy affects at least 48,000 New Zealanders. Unfortunately, around one third of these people cannot achieve seizure control with conventional medications. Despite the addition of new anti-epileptic drugs, overall seizure control in newly diagnosed epilepsy patients has not fundamentally changed over the years. Surgery may help some of these people but, for most of them, the medications do not work, and surgery is not an option.

Ketogenic diets, however, are proven, effective treatments in children and adults with intractable, medication-resistant epilepsy. Ketogenic diet therapies are high-fat, low-carbohydrate diets designed to mimic a fasting state, which may shift the body into cell maintenance and repair processes. Introduced around 100 years ago, several different versions of the ketogenic diet have emerged, especially over the past 25 years, all of which are beneficial in treating epilepsy.

The key to successfully beginning a ketogenic diet lies in education and support. Epilepsy Waikato Charitable Trust (EWCT) presented a petition to Parliament in October 2018 to try to tackle the lack of publically-funded dietary advice and support in the Waikato region for people with intractable epilepsy. The petition, “Fund ketogenic dieticians at Waikato DHB for people with uncontrolled epilepsy”, attracted more than 500 signatures. A submission proposing that the Waikato District Health Board (WDHB) funds trained ketogenic dieticians at Waikato Hospital for children and adults with intractable epilepsy was subsequently made to the Health Committee of Parliament by EWCT. Such funding would provide the vitally-needed third option for children and adults with epilepsy, for whom the medications do not work, and for whom surgery is not an option.

Dr Ashely Bloomfield, Director-General of the Ministry of Health, has acknowledged that the ketogenic diet is an important option for the management of drug-resistant epilepsy and that access to the ketogenic diet treatment is variable with a lack of resources and/or experienced dieticians to supervise the therapy in many DHBs. Currently the WDHB is considering a business case for the provision of specialist dieticians at Waikato Hospital who can support clients with epilepsy who opt to go on the ketogenic diet.

Many people with intractable epilepsy, having undergone various combinations of medications in futile attempts to control their seizures, are currently struggling on a daily basis in the community. Using the ketogenic diet is a relatively simple process, but it does require a dedicated team of neurologists, paediatricians, dieticians and nutritionists to ensure success. 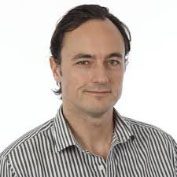 On 9 April, 2019, EWCT teamed up with neurologist Dr Matthew Phillips of Waikato Hospital and ran an information evening about the ketogenic diet, how it works, and its effectiveness for adults with epilepsy.

Dr Phillips spoke on the topic “Ketogenic Diet Therapies in Adults with Epilepsy”. His talk is available here:

Phillips presentation on Ketogenic Diet for Adults With Epilepsy.pdf

Dr Phillips published a book chapter on the topic as well, which is available here:
intechopen.com/online-first/ketogenic-diet-therapies-in-children-and-adults-with-epilepsy